With my return to journalism, I’ve taken a break from writing for this section. The pieces that appear below have sentimental or nostalgic value to me.

From the Latin sol, for sun, and sistere, to stand still, comes solstice – literally, “stopped sun.” It refers to the seeming pause the sun takes before changing direction in its declination, either to the north or south depending on the time of year. I look this up later for the specifics, but I’m thinking about it as I cross the Delaware Memorial Bridge, DC-bound, six months ago now on the longest day of the year. The sun has just set – I recall the time now as 8:44. Midspan I think of a truly stopped sun, stopped time, wish it were so, and I itch to write these words but know I won’t for several months at least, the longer the better. I don’t want my sister to read what I’m thinking right now – she of the interminable, non sequitur-laden stories peppered with “long story short” transitions that mean nothing of the sort. What I’m thinking about in the benign summer twilight is her stealthily advancing cancer. The outcome is not in doubt – she is going to die from it. Still, I wonder how, against all reasonable expectation – against nature itself – her too-short story might be made a little longer.

I will not write this while she is alive. It is difficult for her and me to discuss her prognosis at all. She talks of fighting and beating the disease, and if one asks about “Plan B,” about what she might want to do with her time before it runs out, one is met with a list of prosaic household chores and projects, or an emotional accusation of premature grave-digging. Somewhere around this time, the start of summer, about seven months from her initial diagnosis, it dawns on me that my sister will not have a Come to Jesus moment about her illness. She will not receive peace, she will not sing Kum Ba Ya and greet visitors with an air of sweet, halfway-to-heaven acceptance. In fact, in the days to come it will be worse than I can now imagine, as the metastasizing cancer stampedes into her brain, robbing her of personality and even sanity before finally taking her breath.

END_OF_DOCUMENT_TOKEN_TO_BE_REPLACED 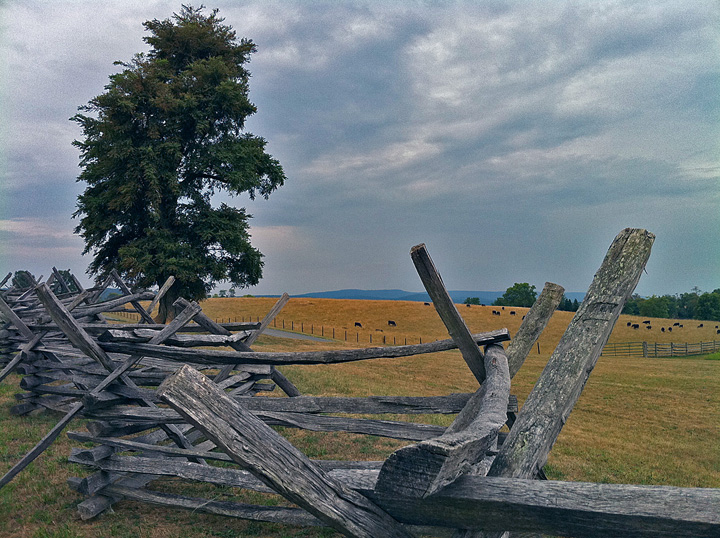 Tiny Cressona nestles in the Appalachian coal country of southeastern Pennsylvania, about 130 miles directly west of New York City. Its 1,500 residents inhabit one square mile where, on a recent afternoon, traffic backs up in both directions at the borough’s only stop light. Tractor-trailers jack-knife gingerly through a 90-degree turn on the two-lane main route through town. In the 1940s, the government built an aluminum plant here to support the war effort. Alcoa took it over after the war but left in the late 1970s; local business interests resurrected it. Alcoa came back in the 1990s and today runs the plant in partnership with an overseas conglomerate. It is the largest employer in town and sits just down the block from the house on Pottsville Street whose living room I now occupy.

My host, Jane, is president of the Cressona Historical Society. Just shy of 90, she’s a lifelong resident, long retired from teaching in the local public schools. She says she hopes younger residents in the community will start stepping up to support the historical society, whose active membership is – well, dying off. This doesn’t seem likely to me. As with a lot of small towns, the coming-of-age generation is preoccupied with modern life, worrying that progress will brush right by if it dares look back. Jane’s small, tidy house lies on the main drag. Trucks trundle by a dozen paces from where I sit, their low rumble periodically droning out the ticking of a grandfather clock that hulks in a corner of her comfortable but cramped living room.

END_OF_DOCUMENT_TOKEN_TO_BE_REPLACED

Cleatus is my new best friend here – ok, at the moment he’s my only friend here, that being about 20 miles east of Glide, Oregon in the Umpqua National Forest. He looks mid 30s – I forget to ask because I’m a little preoccupied just now, for reasons I’ll explain – but I do pick up that he makes $9 an hour driving a tow truck. He’s on call 24/7, gets days off here and there but they have to be planned well in advance, so other drivers can cover. He and his wife, Breezy, who works as a dental office receptionist, have a 14-month-old girl, Rebecca. They are planning a trip to the Oregon coast, a couple hours’ drive west. It will be their first such trip in four years.

Like me, Cleatus was named for his father, who was named for his father. He’s Cleatus III. Sounds like a pope, or a Roman emperor (holy or pagan). But the name is Southern in origin, he tells me. His grandfather lit out for California from the Missouri Ozarks at 14, fed up with the routine beatings doled out by his stepmother. Cleatus I married there and had two kids. Later, he married a second time to a woman with three kids, and they had three more. They came to this area, all 10 of them, in the early 60s, Cleatus tells me. That was a few years after The Blast. I’ll get to that presently.